Own work: Stones and Moon

Another pen and ink drawing for you: Stones and Moon, approx 12 x 18 cms on 300 gsm watercolour paper.  'Really eerie, that,' says a friend. 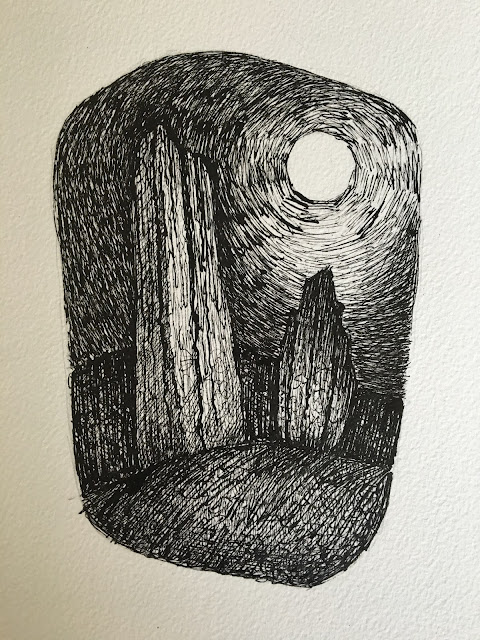 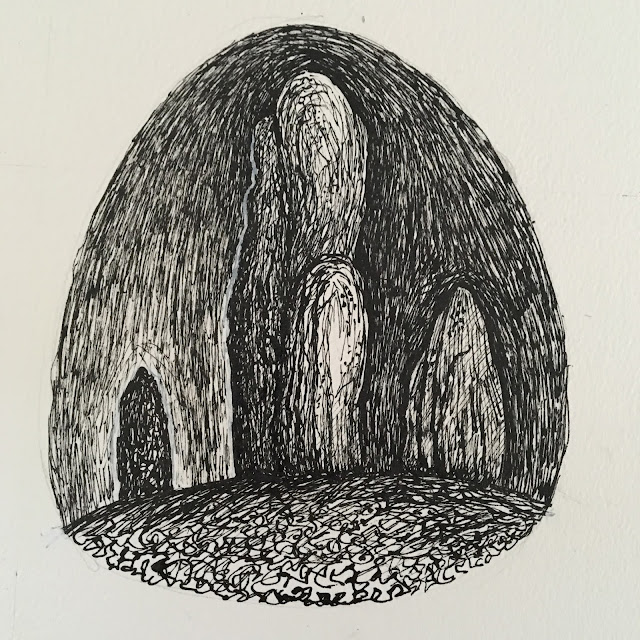 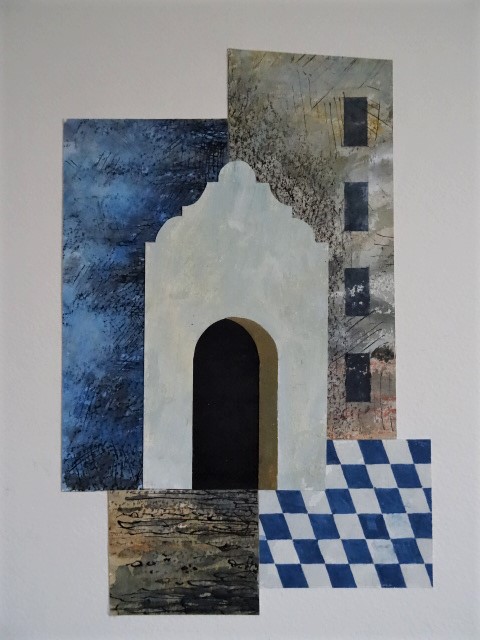 The object of our foray into England was a family birthday. On our return journey I insisted we stop at Tenbury Wells, a small and attractive, work-a-day market town in the extreme north-west corner of Worcestershire. I wanted to see the spa. And as you can see from the photographs what an extraordinary little structure it is. Pevsner said, perhaps a little harshly: 'much like Gothicky or Chinesey fair stuff without seriousness or taste'. I prefer to see it as an example of British eccentricity. As you can well imagine it is Victorian in date, by an architect who even I've never heard of James Cranston.  A local, I think, though the local tourist information says he was a Brummie. Apparently the whole thing, apart from the porch, is prefabricated. The roof is clad in 'bespoke' iron sheets. The tower looks like it has strayed from a Hollywood production set in medieval Russia. Pevsner was right, it is rebarbative; but I think that misses the point. 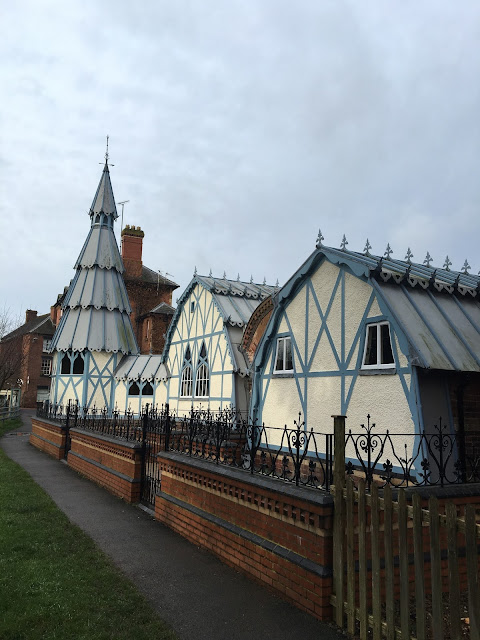 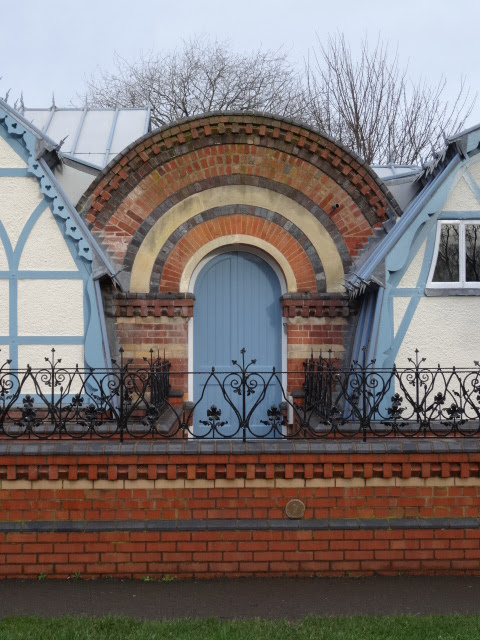 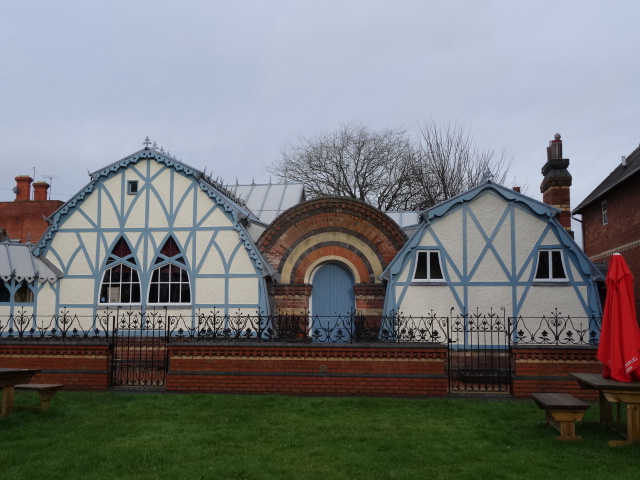 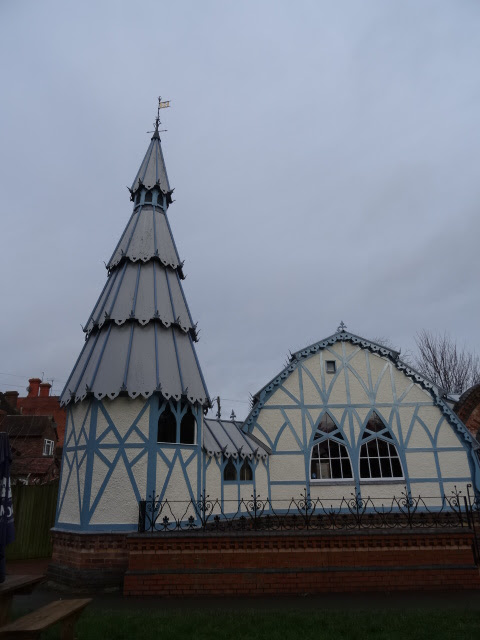 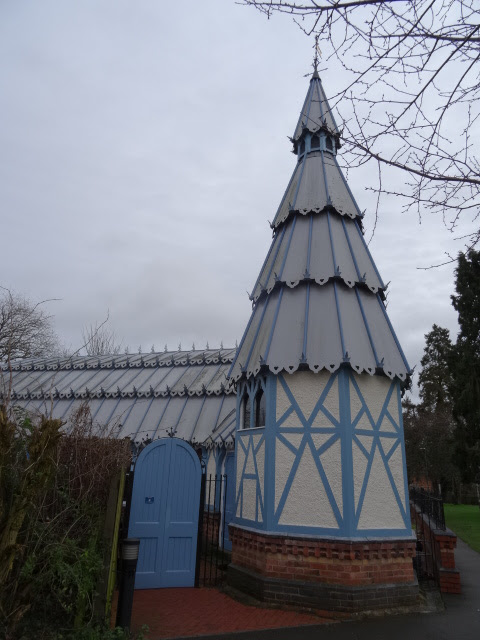 The Pump Room isn't the only building by Cranston in the town which is mainly red-brick Georgian with a handful of the Medieval thrown into the mix. It's well worth a stroll about. Below is the only slightly less extraordinary Market House dating to 1858. Not that many buildings I know are oval in plan. Pevsner rather liked it but I feel somewhat less sympathetic. It isn't bad in itself, quite whimsical really, even charming, though from some angles it looks like a grossly inflated cabbies' shelter, the problem lies for me, however, in the execution which is rather harsh, better suited to a Victorian city than a Georgian and Medieval market town. That is partly down to the use of machine made bricks and tiles. Perhaps it will have to stand around for another 150 years for it to have bedded in properly, quietly maturing like a cheese or fine wine. Perhaps it never will but be doomed to be forever an architectural outsider. In the meantime a change of colour scheme re paint may help. Both buildings are High Victorian in style, and one suspects Cranston was under the influence of 'Rogue' architects such as Lamb and Teulon. Drunk and disorderly on Muscular Gothic and the possibilities of mass production in the new Industrial Age. 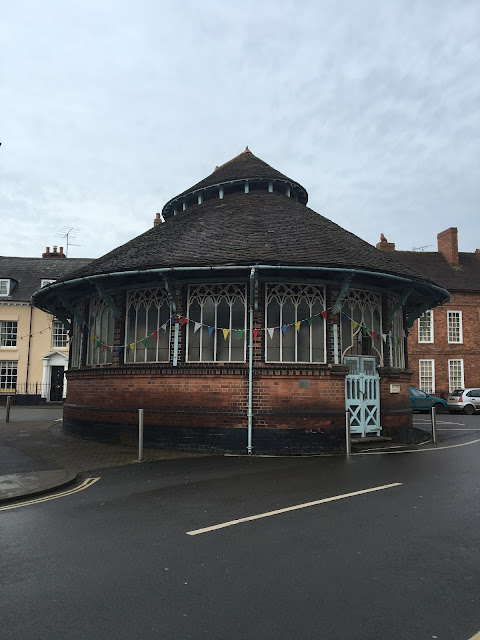 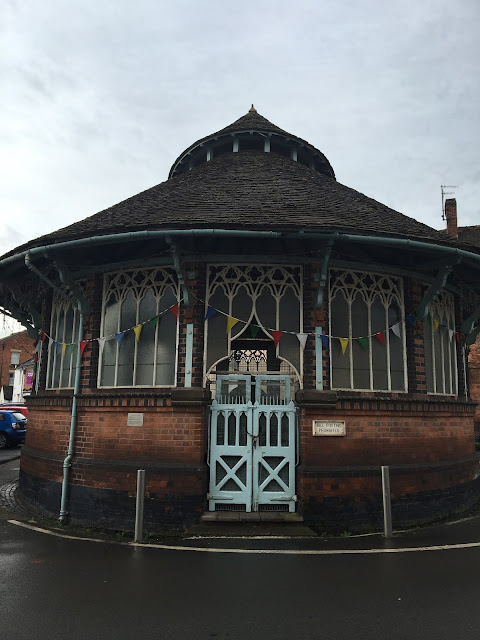 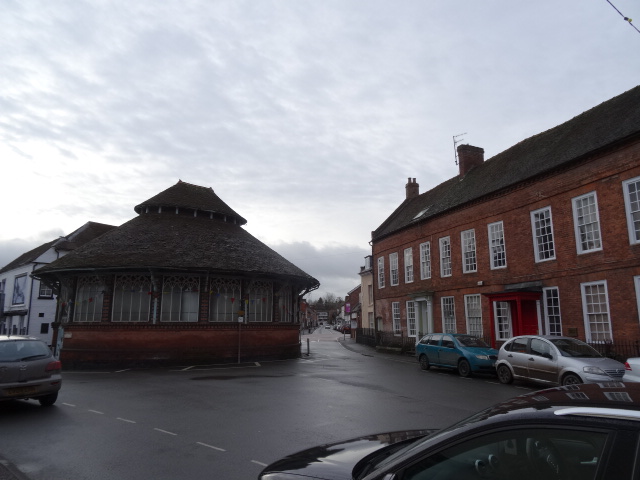 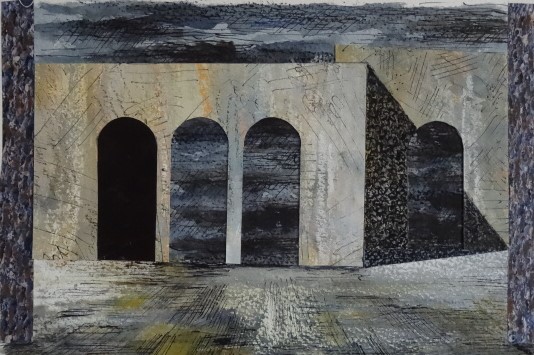 Own work: from my sketch book

Thought I'd briefly share this drawing I did the other week of one of the trees at the back of our house - inspired by the tree studies of John Constable and Samuel Palmer. I find the form and shape of trees deeply fascinating particularly in winter where they are empty of leaves; I also like the sound they make in the wind. Like the sea. However I've always held back from draing one feeling my skills weren't up to snuff and I have to admit it was a tricky thing, loosing my way a few times, but over all I would count it as a success. 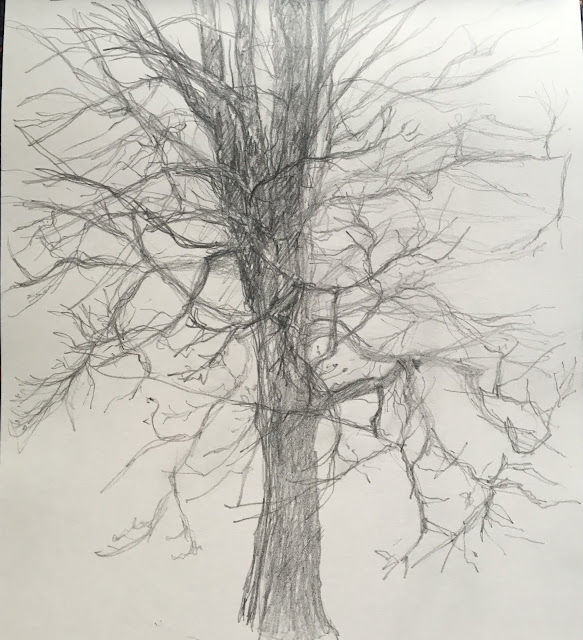 It really was a flying visit. We didn't pay enough attention to the town in our determination to get to the Priory.  But we did see we really liked and we will return. One building, however, really did attract our gaze: the rather jaunty Grange Court standing neat and trim behind an equally neat and trim garden near the church. This was originally the Butter Cross and stood in the town centre at the junction of High St and Broad St until sometime in the 19th century when it was dismantled and moved to its current, somewhat genteel location becoming a private residence. Originally the ground floor was open. It is the work of John Abel of Hereford, the King's Carpenter, and dates from 1633.  We've come across his work before in my post about Dore Abbey. 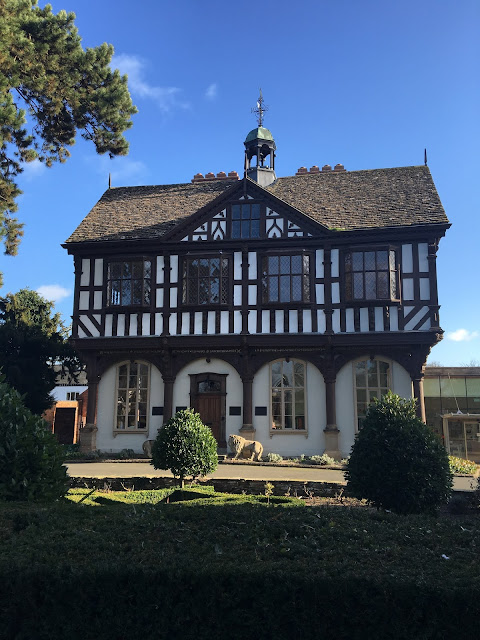